Still behind a flag, still work to be done... but an amazing accomplishment.

Thank you so much everyone who has helped with getting this over the finish line." - via @MylesBorins

A recent experimental feature for introducing integrity policies landed in Node.js core 11.8.0. This capability, shipped in non LTS version yet, provides integrity checks for a Node.js runtime when modules are being loaded, in order to verify that the modules code haven’t been tampered with.

The continuous work on building security features into Node.js is promising and we will surely see more of it in the near future. Keep in mind that the integrity policy feature is still experimental and also only available from Node.js 11.8.0.

Why should I use a Reverse Proxy if Node.js is Production-Ready?

Every day Node.js-powered web applications happily handle billions of requests. Most of the largest companies in the world are powered in some manner by Node.js. To say that Node.js is Production-Ready is certainly an understatement.

However, there’s one piece of advice which has held true since Node.js’s inception: one should not directly expose a Node.js process to the web and should instead hide it behind a reverse proxy. But, before we look at the reasons why we would want to use a reverse proxy, let’s first look at what one is.

The shortest way to conditional insert properties into an object literal

Bear with me for few lines, I'll try to explain what's going on thanks to the ECMAScript Language Specification. It won't be so boring, I new Promise().

Clone Medium on Node.js and React.js

TL;DR: In this article, we are going to build a Medium.com clone using various technologies like Node.js and React.

Building a Point of Sale system with Node & React

Build the front and back end of a real-time application with React and Node!

The Java ecosystem has a very neat library for using Docker containers programmatically: Testcontainers. Testcontainers is an excellent way to manage all your infrastructure dependencies during tests.

Testcontainers is a Java library, and it’s a perfect candidate to be used from other languages. The JVM languages have some sort of interop with Java so they can use it naturally, but other languages can’t. GraalVM can solve this problem.

Here’s how you use Testcontainers from a node.js application in a few straightforward steps.

This guide full of examples is intended for people learning Go that are coming from Node.js, although the vice versa can work too. This is not meant to be a complete guide and it is assumed that you've gone through the Tour of Go tutorial.

This guide is meant to be barely good enough to help you at a high level understand how to do X in Y and doing further learning on your own is of course required.

Node.js v6 is moving to EOL status in a month.

"As a reminder, @nodejs v6 is moving to EOL status in just 34 days. 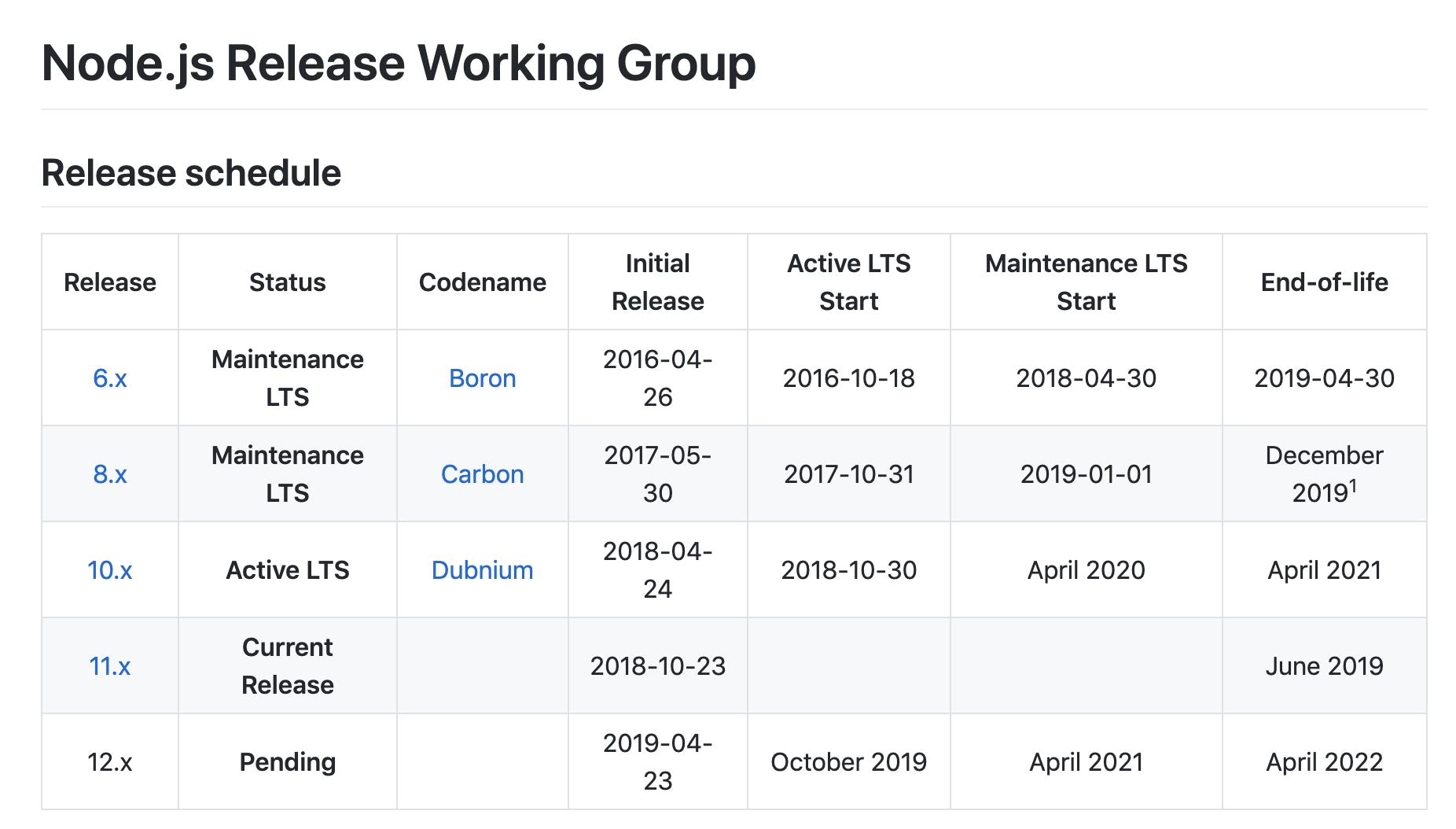 If you've still got @nodejs v6 in production, you need to start working on upgrading ✨ today "✨- via @bitandbang